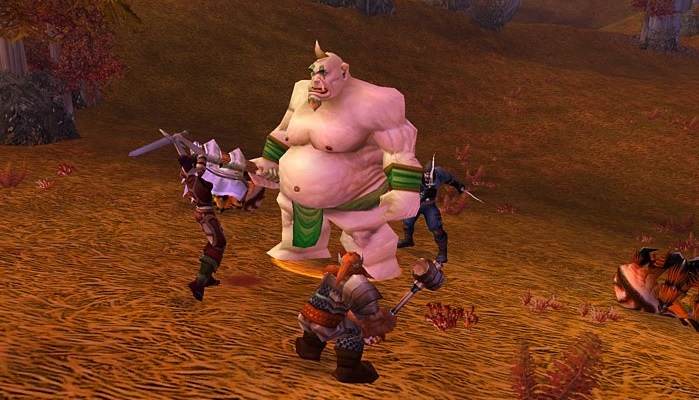 Open APIs and Gamification will revolutionize the look and feel of trading screens. This will happen sooner than you think.

For several years I had my desk on the twelfth floor of “Uetlihof” in Zurich or on Credit Suisse’s trading floor as non-locals call it. It was an exciting surrounding with traders sitting behind walls of six, eight, or even nine LCD screens and executing trades from early to late shift. During the day they went about their business, namely securities or FX trading. At night, however, many of the folks on that floor shared a different passion: they played the multiplayer online video game World of Warcraft. For that purpose some of my colleagues had even erected walls of LCD screens at home in order to indulge in this pastime. The mornings in the office often started with stories from last night’s adventures in the virtual world, most of the time even bevor the official morning brief.

I came to wonder what these colleagues were essentially doing during working hours and off hours. Wasn’t it sort of identical? To put it at its simplest, during working hours they were receiving information from their screens – most of which came from Bloomberg – they were processing this information in their brains and then they were acting upon it by executing orders or parts thereof or simply waiting. For taking action they used the Bloomberg provided user interface. At night they were sitting in front of their World of Warcraft screens which were displaying information provided by Blizzard Entertainment they were processing this information in their heads and then they were acting on it accordingly either by slaying a monster, injuring it or by avoiding it. To take action they used the Blizzard Entertainment provided graphical user interface (GUI).

The commonalities are striking, I thought. But here comes the major difference: during the day they were paid handsomely for their “work” by their employer. At night, however, they ran up quite some bills which they owed to Blizzard Entertainment for “playing”. In other words, for the people concerned similar actions resulted in an income during day and caused a cash outflow at night. So what justified this difference? What sets apart a Bloomberg screen from a World of Warcraft game from the user ‘s point of view? I figured it was nothing but the fun factor. Working with a Bloomberg screen was seen as work whilst playing World of Warcraft created joy. For a long time I pondered the question when someone would create a trading GUI of a World of Warcraft design and an underlying logic that would reflect the World of Warcraft narrative. I am convinced that this time is about to come. This is due to two trends: Gamification and Open APIs

According to Wikipedia “Gamification is the application of game-design elements and game principles in non-game contexts”. Furthermore Wikipedia tells us that Gamification regularly employs game design elements which are used in so called non-game contexts. By doing so it strives to improve user engagement and organizational productivity and ease of use among others. Highly successful business applications for Gamification can be found in as diverse areas as education (Kaplan University is boosting student grades by incorporating badges and challenges), recruiting (The U.S. Army is not only offering video games, but also deploying four transportable “Virtual Army Experience” units to shopping malls and attract new recruits and generally promote awareness of the U.S. Army), and personal training (Jillian Michaels motivates her clients to stay on track with her fitness programs by using gamification methods for a variety of fitness contests). But gamification has also made its way into the world of Finance. Mint.com, for instance, makes the rather cumbersome process of financial planning and book keeping more enjoyable by providing a range of goal trackers, visual breakdowns for better understanding of your spending habits and budget allocation etc. And I am convinced that we will see further applications in the world of Finance due to another trend: Open APIs.

Consulting Wikipedia once more, it tells us that an Open API is “a publicly available application programming interface that provides developers with programmatic access to a proprietary software application”. The attribute “open” results from the fact that “an open API is publicly available for all developers to access”. It thus permits developers who are not part of an organization’s workforce to access backend data upon which these developers can build their own applications. Famous APIs in the business world are geo location APIs which can be used to provide a use with his or her geographic location, search engine APIs which allows developers to integrate search logic into own products or services, or postcode APIs that provide end clients with correct postal codes etc. As the API is simply used to fetch backend information from the system of backend-owner, resp. the API publisher has no control over the end product that will we be built around this data. Hence, once a set of skilled developers have access to the backend trading data of a broker firm nothing could keep them from creating a trading GUI that resembles a video game.

Many online brokers around the world already offer adequate APIs for such an undertaking. In Switzerland Interactive Brokers, Swissquote, IG Bank, and also Saxo Bank provide this type of interface, just to name a few. Seeing the activities that are emerging around APIs and the increased transparency that is provided by banks, I am convinced that rather sooner than later we will see a trading screen that much more resembles a video game than a newspaper page. Whether this video game will then be of World of Warcraft-type or rather similar to an Atari version of Space Invaders, remains to be seen.

What will further happen if you directly connect human brains to computers to play the game or when you task AI algorithms to operate the gaming interface, is sufficient material for additional articles. In any case, the process of gamifying the finance industry in general and trading screens in particular promises yet another multimillion, if not billion, business opportunity for video game makers, trading system providers and Fintechs alike.